The day had started brightly but by the time I was ready to snap the Sun in hydrogen alpha light at 1025 GMT, thin cloud had covered the Sun. Visually, the only stand-our features were the sunspots I could see much better in white light anyway. I took some full disc and close-up (of the sunspot area) shots in the hope of getting usable data. Only the full disc shot showed anything useful at all. 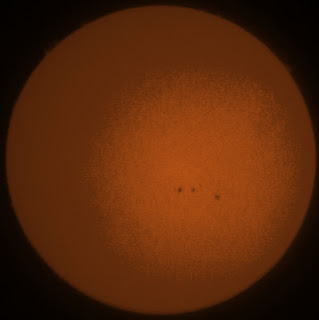 Having sorted out one or 2 chores, I had another go at the Sun with my PST at 1140 GMT. It was quite incredible in the clearer conditions with some activity all over the disc. The sunspot region looked quite amazing and I could see a small prominence. I took full disc shots and close-ups of the sunspot area and prominence area. 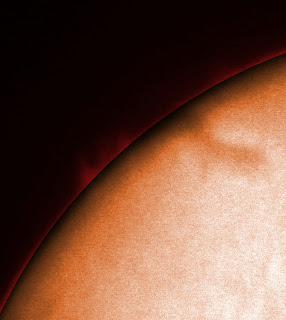 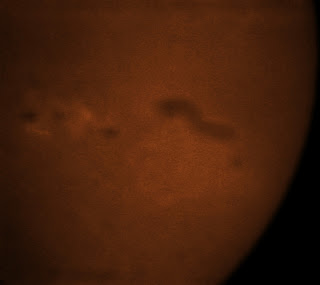 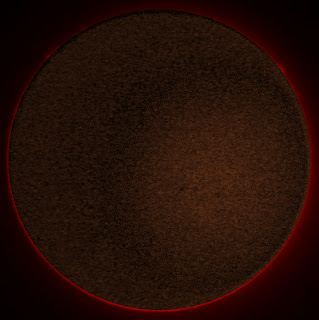 At 1150 GMT, I did a full disc imaging run with the Maksutov but could only capture a few frames before the battery ran out. 4 frames were stacked with Registax 5 (Registax 6 “froze”) and further processing was done using Paintshop Pro and GIMP. 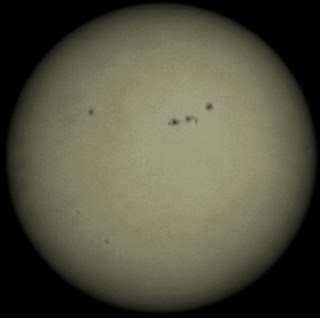 At 1200 GMT I was webcamming the Sun with the Mak and SPC880. I started off with the 2x Barlow lens but seemed to get sharper sunspots without it. I managed to see a lot of detail on the laptop screen, with the sunspots showing irregular patterns and penumbral shading.

As it turned out, the shots without the Barlow lens worked best and the others I discarded. I tried to stitch and stack the files I obtained from Registax but was unable to get higher resolution, so here are the results. 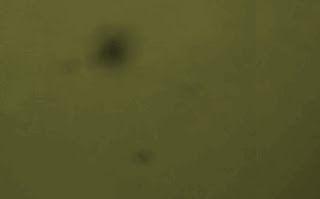 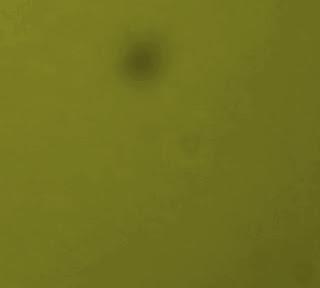 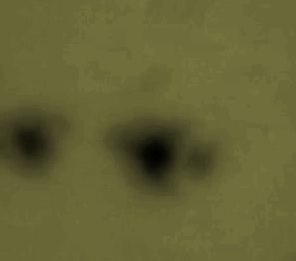