There was a thick waning crescent Moon high in the sky
I snapped it at 300mm focal length  ISO 400 and 1/125 second exposure. 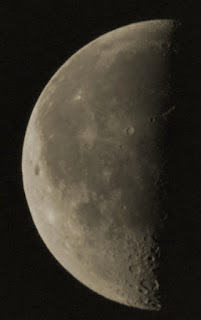 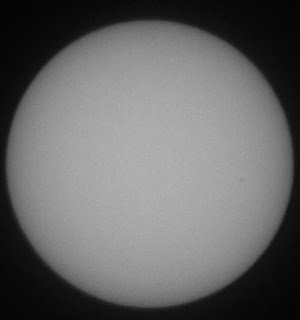 With the weather being awful at the weekend, I tried to stack some images from May 19th 2020. The stack failed but I managed to process a single frame of Lyra and Hercules. Draco's head and parts of Cygnus are also visible. 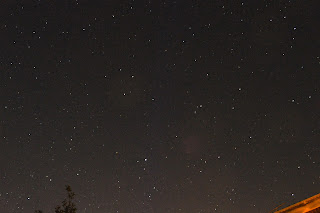 Conditions continued to be difficult but  managed a better result on the Moon than the day before at 300mm focal length, ISO 100 and 1/100 second exposure. 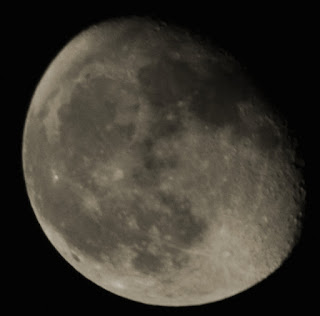 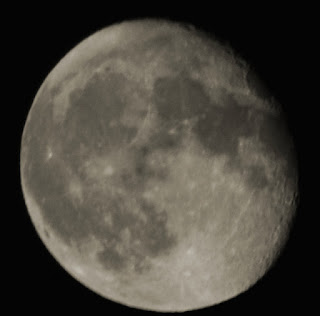 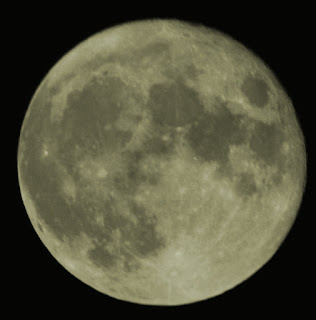 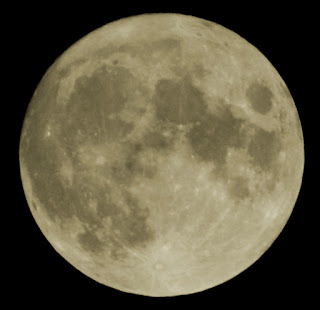 The dawn sky was clear. I compared Betelguese with the usual comparison stars and estimated its magnitude at 0.3.

Conditions were the same as the previous evenings, with moonlight scattered by thin cloud. I started off with the Moon at 300mm focal length, ISO 100 and 1/160 second exposure. 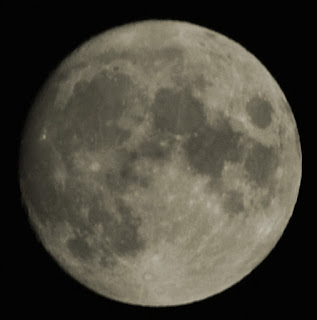 I tried the same settings on Jupiter and again at 1/50 second but neither set worked.
I then tried for Jupiter's moons at my usual settings. 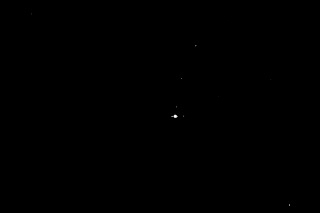 I tried to repeat of the shoot from the evening before, but cloud moved in before I could capture the Moon. 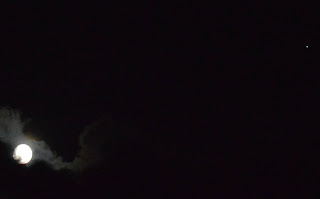 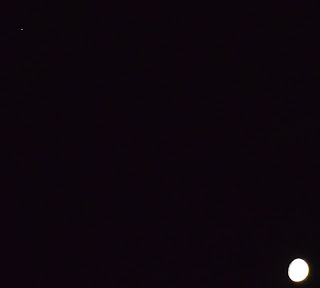 I had another go at the Moon with the same settings as the evening before. 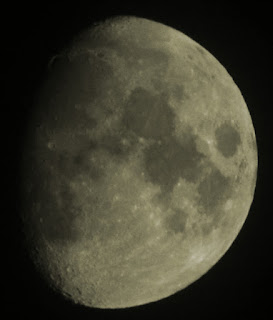 I also tried the Moon with Saturn. However, Saturn failed to register, due to the conditions and the relative brightness of the two objects.

I had a go at Jupiter, then with its Moons but the usual settings were too hazy, so I tried some shorter exposures. 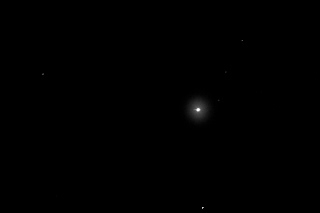 I finally tried Melotte 20 but initial indications were unpromising. I was right!

I had a quick go at Jupiter with the same settings.

I had lost a few days to weather and a house move and it was my first session from the new home in Corsham.

Conditions were poor, with most of the sky covered by cloud. The only sensible targets were the planetary Moons of Jupiter and Saturn. I snapped them at my usual settings of 300mm focal length, ISO 6400 and 2 seconds exposure.

I rechecked some images from April 19th 2020 and saw a short purple trail in Lyra. I reprocessed a shot of a Lyrid meteor at 2304 GMT. 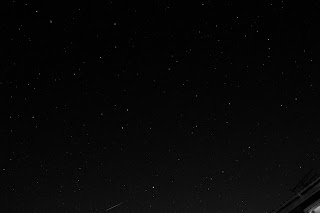 Conditions were hazy. Despite the absence of the Moon, Jupiter was the only suitable target.
I snapped the moons at 300mm focal length, ISO 6400 and 2 seconds exposure. 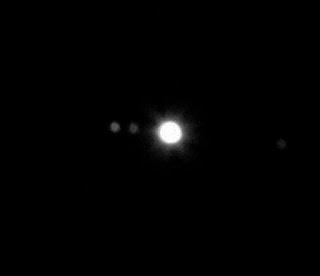 I was unable to get an image of Jupiter's planetary detail.

I saw some sunspots on the Learmonth images but did not catch any. 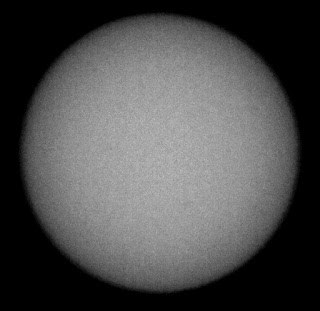 I found a few gems that  had not processed at the time. First was M35 in Gemini, a stack of 5 frames at 70mm focal length, ISO 6400 and 6 seconds exposure. 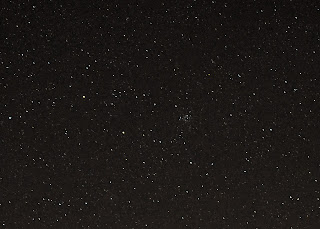 At 135mm focal length, ISO 6400 and 4 seconds exposure, the view was somewhat better. 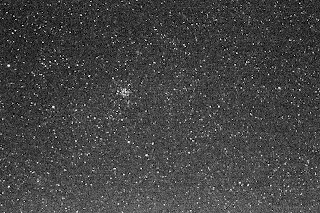 I reprocessed a Moon shot from April 19th 2019 but it was very similar to my moon shot of 18th. 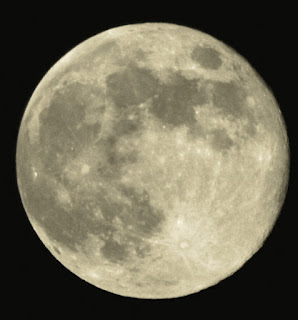 I reprocessed an image of Orion's belt and great nebula from Feb 19th 2019. 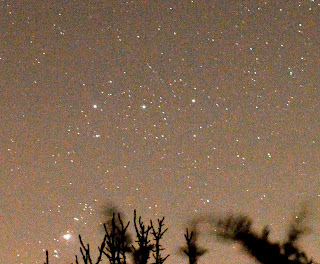 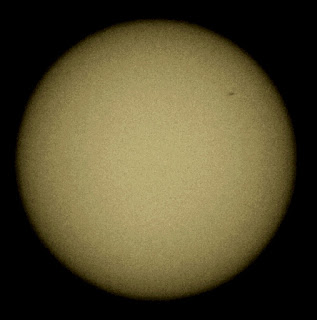 After checking the night sky and (again!) finding 100% cloud cover. I did a similar reprocess on a Moon shot from the same day (April 18th 2019). 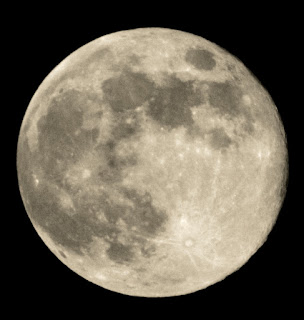