I had heard rumours that Betelguese (the red giant star in Orion) had recently halved in brightness. I had even seen it written that it made the constellation look very strange. I took a look while taking a break from driving and had a good look. The constellation looked normal enough to me but Betelguese was definitely fainter than Pollux (magnitude 1.12) but was brighter than Bellatrix and Castor (both about magnitude 1.6). This resulted in my magnitude estimate of 1.2, the faintest I had ever seen it.

I caught the thin waning crescent moon in my binoculars. I saw a surprisingly large number of craters but could not see the lava-filled crater Grimaldi. Libration had probably taken it away from the illuminated part of the disc.

The sky was partially cloudy. I made several attempts to see some Ursid meteors, with the evening being the expected peak. Due to the air humidity, I did not attempt and photographic scan. I did not see any meteors at all in a total watch time of about an hour.

It was surprisingly clear, given the recent weather but I saw the thin waning crescent moon in the south west. I took some shots with my DSLR at 300mm focal length, ISO 400 and 1/500 second exposure. 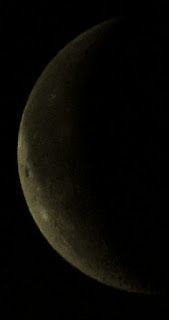 One thing I had simply not done for weeks is look at something, rather than photograph it. With a lot of cloud around and a very damp atmosphere, photography was not easy and my chances of getting anything better than I already had was simply not going to happen.

Fortunately, many deep sky objects were on display and I took my 15x70 binoculars out. The Pleiades (M45) were well-placed and I could see about 30 of them. Although the Hyades were visible, I had to move the binoculars left, right, up and down to see the whole cluster. There was too much cloud around Gemini to see the open cluster M35 but I saw Alcor and Mizar low in the north east.

Despite the haze, the Orion Great Nebula (M42) showed its familiar butterfly shape. There was not anything else on show, being clouded out to greater or lesser extents but it was nice to see something for a change.

I wanted to catch some late Geminids but there was a lot of haze in the area. As there was no moon, I set the camera to 16mm focal length, ISO 6400 and 8 seconds exposure, as usual. I aimed the camera in the general direction of Taurus instead.

I did not catch any meteors but stacked 30 frames to catch the Taurus star clusters and the constellation of Auriga. 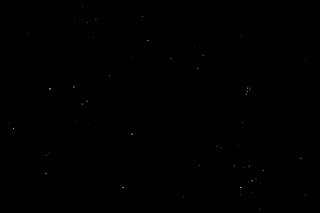 There had been heavy rain showers during the day and evening but there was a clear period for a few minutes early morning. I snapped the Moon with my DSLR at 300mm focal length, ISO 100 and 1/800th second exposure. I waited a few minutes, hoping to see a Geminin shower meteor but did not see any before it clouded over again. 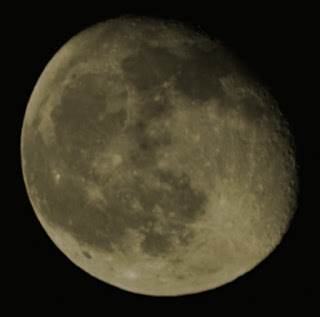 The Moon was just past full and there was a rugged terminator showing lots of craters on the western limb.  The sky was partially clear but few stars were visible and even the Moon was lost to cloud soon after. 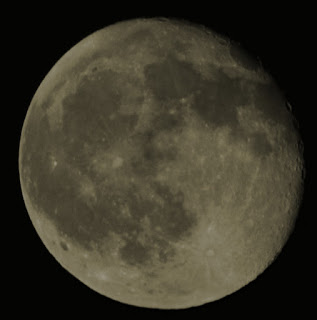 The Moon was full and thin cloud was scattering its light. I used my DSLR at 300mm focal length, ISO 100 and 1/1000 second exposure. 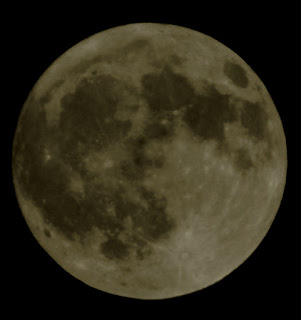 After an appallingly wet day, it cleared enough for a moon shot. I used my DSLR at 300mm focal length, ISO 100 and 1/500 second exposure. 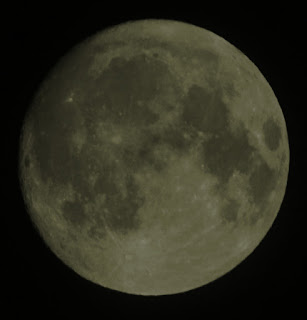 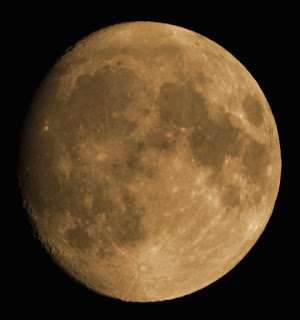 I then tried a meteor hunt in the general direction of Gemini. Due to the bright moon, I set the focal length to 16mm, ISO 6400 and 4 seconds exposure.

I did not catch any meteors but I stacked a few images to capture the constellation of Gemini. 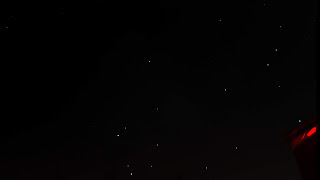 It was an awful day but a small gap appeared to let me catch the Moon. 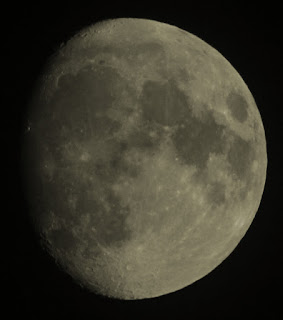 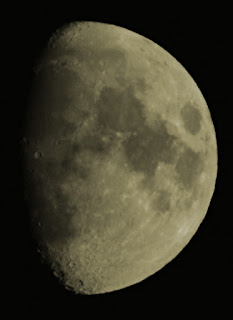 Venus was low in the south west. I took some shots with my DSLR at 300mm focal length and auto. I would not expect it to show much detail, even in a powerful telescope, as it was near its furthest distance from Earth. I caught it against the background. 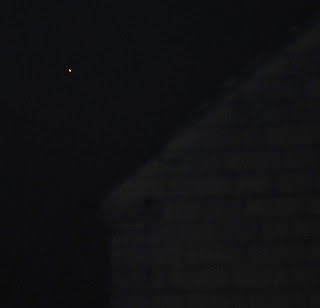 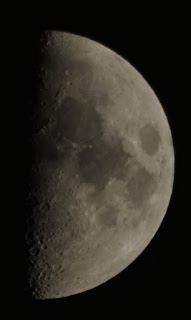 I repeated the lunar shot with the same settings as the day before. 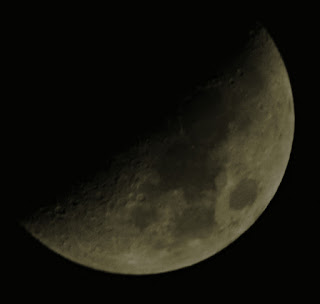 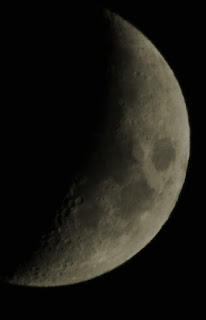 I noticed Venus low in the south west while driving home from work. It was my first sighting since superior conjunction.

I tried to snap the Moon with my DSLR but it was too low down and I could not get a clear image.
Posted by Philip Pugh at 12:35 PM